Women Doctors and
What to Call Them 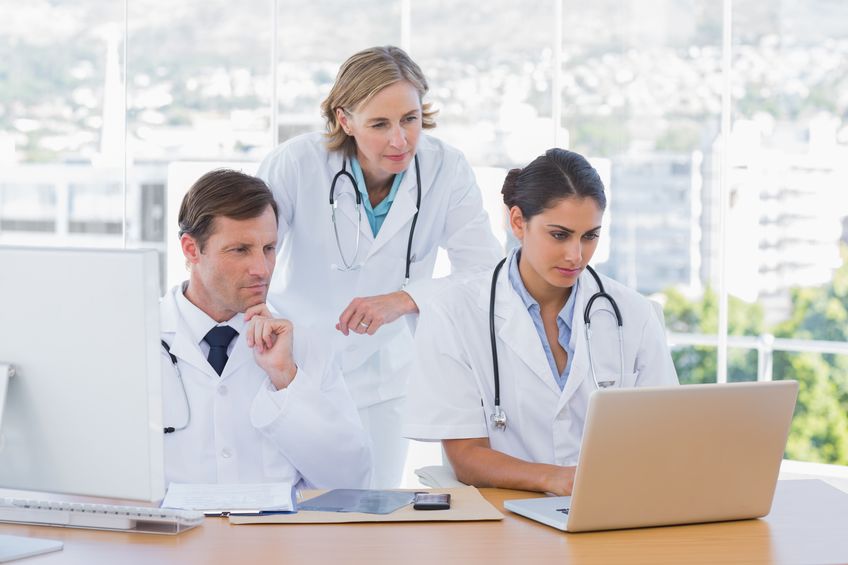 Clearly, history shows that women haven’t always been shoulder to shoulder with men in the medical profession in terms of admittance and acceptance as physicians.

Thank heavens social intelligence is catching up and today proper deference for correct titles for women physicians is observed — most of the time.  Unfortunately, this isn’t always the case.

One reader, a female physician living in an area of the United States known for holding on to old habits has noted:
“Male physicians in this geographical area are called ‘Dr.’ in all contexts, including non-medical ones (e.g. Dr. Smith).  Female physicians are not.  I have been called ‘Ms. Jones’ in a professional context or, in more casual circumstances, ‘Jane,’ despite repeatedly saying with a smile, ‘It’s actually Dr. Jones.’  I have asked female colleagues and they have the same problem; male colleagues do not.  I have received mail addressed to ‘Ms. Jane Jones, M.D’.”

Dr. Jones goes on to say, “We women who had to fight to be admitted into medical school ‘back in the day’, are divided over whether to ignore this issue or to keep insisting on the proper title.”

She also reported that after correcting a person on the phone in a business call several times before he stopped calling her “Ms. Jones,” and addressed her as “Dr.,” his tone of voice felt condescending.  She wondered whether “he was humoring a cranky old lady rather than doing the right thing.”

Another friend of a friend, also a medical doctor, reported that she receives negative feedback from patients who say they never saw a doctor.  They did see a “sweet, blonde nurse who was very nice,” but claim they never saw the doctor.  This, despite the fact that she introduced herself more than once as “Dr. …”.

Etiquette as a Solution

As an etiquette enthusiast and educator, I’m always up for solving an uncomfortable situation by applying rules of politeness and civility.  So perhaps it is helpful to review the official honorifics for medical doctors.

The etiquette rules make it easy to show respect for accomplishments and recognized professional status.  This improves communication and clears up confusion before it happens.

This dilemma for women doctors is primarily an area of prejudice, and is the reason that etiquette doesn’t always provide a solution.

For a female doctor facing this circumstance, all you can do is the best you can do:

When others continue to address you, uninvited, with your first name there are several etiquette-ful things to do:

Women doctors have earned their title.  In honor of their hard work, and the work of those before them who fought to enter the medical profession, they deserve to be addressed with the appropriate honorific.  When the occasion arises to discuss the double standard, do so, while remaining polite and respectful.

How to Address an Envelope

The Characteristics of Workplace Professionalism