Correcting Someone Who Calls
You the Wrong Name 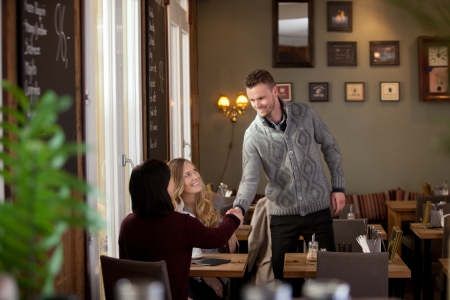 I was really embarrassed when I learned I'd been calling a local store owner the wrong name.

I happened to overhear another customer use her correct name in conversation, and I realized my mistake.  I apologized, stating I'd been getting her name wrong forever.  She was very gracious and commented that it's a familiar error, but I wondered why she hadn't corrected me.

Someone once said that your name is the first gift you are ever given and should be respected as such.  I agree - being called by your correct name is a must.

To make sure the name you wish to be called is the one people use, you will need to speak up when mistakes are made.  Patience and understanding will keep this interaction on a courteous playing field.

If your name is a challenge to pronounce, or if the person simply can't hear you well enough to understand it, you may need to repeat yourself a few times during your introduction.  But afterwards, you might incorporate the following corrective measures depending on the number of times you were called the wrong name.

First time:
Simply be up front and state the correction directly the first time the error is made.  If, after you were introduced, someone addressed you as Mary, you might correct him by saying, “It’s Marie ending with an “ie.”

If you are in a large group and the error is made, make the matter-of-fact correction just the same.

Second time:
Perhaps you have a name that is easily mixed up.  If you’ve mentioned to the same person that he has your name wrong, make the correction again, but with more detail.  “John, my name is Marie with an ‘ie.’ It’s not Mary.”

Third or more:
If the mistake happens with the same person yet again, focus will be necessary.  You’ll need to determine whether you should take the person aside when you get a chance, and let him know one-on-one what is happening.  “John, I noticed you are still calling me by a wrong name.  I want to help out, as sometimes a wrong name can freeze in another person’s mind and brain freeze doesn’t feel good.  My name is Marie.”

No doubt you’ll both laugh and John will probably say your name on the spot a couple of times.  The next time you see him, you may find yourself approaching him and saying your name for a funny reference, “Marie here.”

Introductions can be tricky, especially if the person making the introduction is side-tracked or nervous, or doesn't know you very well.  If you are a party to this situation and are introduced by the wrong name, you can make a quick correction as you make eye contact with your new acquaintance, "Actually, I'm Anne."

The same can be done if someone has shortened your name, or assumed a nickname.  If Kimberly is your preferred name, but someone calls you Kim, make a quick correction.  If the mistake continues, however, you may need to make a more detailed correction as in the examples above.

Be yourself; everyone else is already taken.

Because you may be mis-introduced to others, it is important to clear up your desire to be called what you want.  Use discretion and be matter-of-factly calm.

No one wants to forget a name and no one loves being corrected.  Your matter-of-fact and helpful attitude will go far when someone calls you by a wrong name.  This can be tricky, though.  If you press on with insistence and being overly concerned with how you are addressed, you risk showing a lack of confidence or being too sensitive.

Many people have a “don’t sweat it” attitude in living life, which of course is great.  However, when it comes to what you are called, unless it’s really true that you don’t mind if people alter your name, then simple correction works best and will bring great results.

Overall, diplomacy is called for.  You can remain poised by being tactful, and edging your tone with a casual good nature.  Building relationships with others is always your main goal!

May I Ask a Favor of You?

Correcting the Behaviors of Others