Courtesy Matters More
Than Your Perception 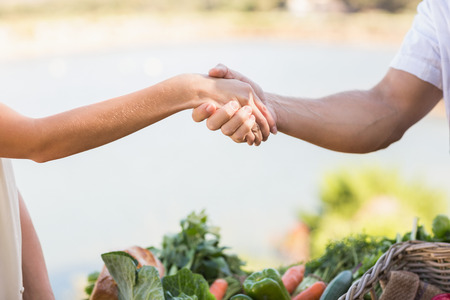 I was at the airport waiting to board a plane when a woman and her friend pushed past me to the front of the line, shoving her bag into my arm on her way to the counter.  She did not apologize and continued talking loudly to her friend.  I immediately judged her as rude.

It turns out that she and her friend sat in the seats directly in front of my husband and me.  Maybe because I was writing this blog, I happened to notice what I was noticing.  I felt unforgiving.  Not that she cared, but she’d made a very bad impression.

Through our perceptions we form a perspective on how things are outside of ourselves.  We see or hear something and form an opinion of what’s occurred.  Sadly, sometimes we make unfair conclusions about the other person involved, even his character.

Your perception is based on past memories related to a similar situation, the way you think - mostly positive or mostly negative, and even your current mood.  Therefore, perception is relative.

But there is something in interactions with others that is constant and immediately recognizable: courtesy.

The Role of Courtesy

It is a natural human reaction to shield yourself against an offensive word or gesture.  My unforgiveness toward the woman in the airport was my shield.  Other shields may include a verbal confrontation, or even a physical one.

However, using courtesy as a first response buttresses self-command and personal power.  Instead of confronting her, I took a pause.

Oh, I was still irritated!  But I wasn't physically hurt and, during my pause, I realized she had no apparent clue or care about her actions, so a confrontation would have solved nothing.

The primary rule of courtesy: if someone is rude, it is never okay to be rude back.

Emotions can cloud your ability to communicate effectively, so keeping courtesy as a default response can save you from the aftermath of an escalated interaction.  It is the glue that keeps things generally pleasant and well-functioning.  It can also save your dignity.

Courtesy and politeness are place holders until a better you shows up by reassessing the situation.

Even when your perception seems to take hold as reality, your aim should be to gain a true understanding of the relative importance of things.  A destabilizing perception can not only lead to an unpleasant confrontation, but to road rage or violence.

Just watch the news and there are examples of this in most leading stories!

Remaining in a courteous frame of mind can keep situations at a respectful level and can even help change your perspective.

One benefit of evolving perception is forgiveness.  Many people think that forgiveness is directed at the person who wronged you, but it is actually just your shift in perception.

You can make this shift by:

Forgiveness, seeing things a little differently, and putting the situation in the past will help you avoid negativity.  But self-righteousness, resentment, and the desire to play the victim, breeds negativity and begins to repel other people.  No one enjoys being around someone with a negative, sour attitude.

Recognize when you need to shift your perception, and work to get it done.

When respectful action is taken, the intention matters even if the gesture is not read in the way it was intended.

For example, a man holds a chair for a lady, but in today’s world, the same gesture might be read as disrespectful (i.e. catering to the weaker sex). She can share with him that the modern perspective would be not to assist any person with their chair unless they are having difficulty--after courteously replying, "Thank you."

However, timeless expressions of courtesy may look like this:

These expressions of courtesy, when offered sincerely, make a positive impression.

There are also courteous actions to enlist when interacting with someone in conversation to prevent rushing to a conclusion, or adopting a hasty - and possibly incorrect - perception.

Consciously decide that you are going to give others the benefit of the doubt, rather than stay stuck in your perceptions of judgment.

The habits of courteous and polite actions give you the time to be mindful enough to actually give another person the benefit of the doubt and enjoy the peace of not jumping to an unfair conclusion.

Do Tattoos Make You Forget Your Manners?

Does Being Polite Mean Being Insincere?