Does Being Polite Mean
Being Insincere? 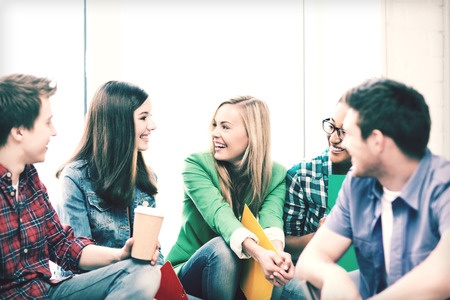 Most of us were taught growing up that being polite is the primary path to social acceptance.  But being polite does not mean you should toss insincere complements about, or insist on offering help when none is needed.

When politeness is not genuine, when it doesn't come from a place of respect, its insincerity does not go unnoticed!

Politeness involves behaving in a respectful manner and showing consideration for other people.  But a second definition of "polite" indicates that the word is sometimes used to describe people who regard themselves as more cultured and refined than others.  They are perceived as insincere, deferential, and "putting on airs."

Perhaps you know someone who was raised to develop habits of refinement, or has strived for them on her own.  She may appear to be completely self-confident and comfortable in social situations - groomed and neat, always seems to say the right thing, never gets flustered when meeting someone new.  Some may think this person is not sincere--"just a snob."

Let me set the record straight: the person I described above is not a snob.

However, if she had some of the above qualities AND rolled her eyes when the person she was just introduced to walks away, made judgmental comments about another person, walked in late in order to gain attention, or refused to say hello to anyone she didn't already know - THEN she would be a snob.

Snobs are self-serving people.  Polite people know how to serve others with kindness, mindfulness, and courtesy.

Have you ever known someone who would offer a compliment only because he thought it was what you wanted to hear?  You never knew what his true feelings were because he was so busy catering to you!

This is one example of insincere politeness.  It may be honest on some level, but because it very much lacks genuineness, no one will ever know.  Not even the person giving it.

Genuine politeness is not intended to placate.  It incorporates respect, authenticity, and honesty.  When you intend to be polite, mindful pauses help you remain sincere.

If you are in an uncomfortable position such as standing in the company of someone who has commented disparagingly against people who, for example, are of a certain religious group, you would necessarily employ an active pause.  You have to decide whether the situation needs deeper attention, or whether you simply move on and let the conversation move on, too.

Polite conduct is etiquette-ful.  For example, a rule of etiquette is that you should always greet another person.  But if you only ask, “How’s it going?" or "How are you?” the other person will generically auto-respond with “Fine, how are you?”  But if you genuinely want to know how another person is, and say, “John, it’s been awhile since I saw you.  Have you made any progress on the backyard project?” you will be perceived as perfectly polite as you have been relational and not rote.

A little creativity added to traditional customs keeps politeness from becoming boring, and keeps the perception of insincerity at bay.

I’ve observed that some people draw a line between respect and politeness; viewing polite as something that you use to hide the fact that you don’t feel respect for someone.  You “hold your tongue,” so as not to give yourself away and “say something nice,” to give yourself a safe space to get out of the conversation ASAP.  While this action may have its merits in some situations, please never confuse it with being polite.

You know you're in polite company when you feel comfortable and at ease.  Respect is always the anchor here, and it is not shown because of your social position, gender, or financial status.

Polite behavior is freely given because someone respects you as a human being.  It is the simplest, most basic gift one human can give to another.

Standing Up to Social Pressure