How to Take a Compliment 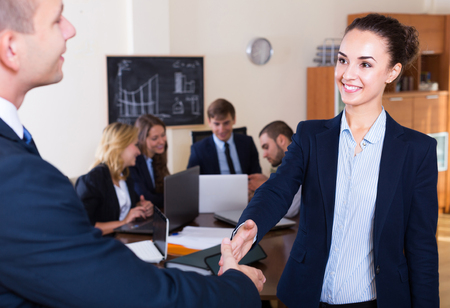 Compliments are an expression of our basic human need to be recognized.  They are a great reminder of your worth, and you deserve to receive them.

Some days, you may not feel at the top of your self-esteem game and have a little trouble accepting praise.  Or, like myself, you may be a perfectionist and sometimes push away compliments thinking you needed to have done more to deserve them.

Singer Joni Mitchell gave me a new perspective on compliments.  "My style of songwriting is influenced by cinema.  I'm a frustrated filmmaker.  A fan once said to me, 'Girl, you make me see pictures in my head!' and I took that as a great compliment.  That's exactly my intention."

It's interesting to think about "taking" as more of a physical act than merely accepting, which seems rather passive.  There's nothing subtle about taking - you just do it!  This is why I encourage you to take a compliment rather than accept one.

When you're given a bit of praise, it sometimes catches you off-guard and you're not certain how to react.  Observe these 3 G's of taking a compliment:

Employing the 3 G's helps you earnestly acknowledge your praiseworthiness, while showing appreciation to the person who complimented you.  So your reply remains simple:

If other people played a role in the successful venture for which you're being acknowledged, share the limelight.  "Thank you!  I think I can speak for all of us on the team who worked toward and met our goal."

I can live for two months on a good compliment.
~ Mark Twain

And remember: your body language is telling of how you well you receive praise.  Stand or sit up straight, uncross your arms, smile, and make eye contact when you respond.  A show of confidence plays well with the 3 G's.

Being praised isn't the actual desired end, though of course we all like to receive it.  It is being praiseworthy in your own eyes that matters the most.

However, you risk ruining the moment for yourself, and the person extending the endorsement, when you:

These reactions are not genuine, graceful, nor do they show gratitude.  In fact, you've probably deflated the person who gave you the praise, making him less likely to acknowledge you in the future.

If you truly do not feel you are worthy of being complimented, be good to yourself and work on this.  Look in the mirror every day, make eye contact with yourself, and make a positive comment about something you did, what you're wearing, etc.  Then say, "thank you" with a smile.  With a little practice, it will become second nature!

The 3 G's apply on both ends of the compliment.  The person receiving it as explained above, but also for the person giving it.

Intentional or not, someone may attempt a compliment and in the next sentence, negate what she just said.

It seems as if the second part of the "compliment" is where its true meaning lies.  This is also known as a backhanded compliment.  Primarily because the person to whom it is extended feels as if she has been backhanded.

Turn these non-compliments around on a dime.   Simply say, “Thank you.”  And make your exit.

What if you feel you've earned a compliment and don't receive one?  This happens, unfortunately, and can even have the same sting as a backhanded compliment.  In either situation, it's a great time to practice complimenting yourself as I described above.

We all do something each day that we're proud of.  If it isn't acknowledged by someone else, there's nothing wrong with a little self-acknowledgment.  In fact, I recommend it.

The Fine Line Between Bragging and Claiming Credit

Complimenting Coworkers Without Being a Suck-up