The Fine Line Between Bragging
and Claiming Credit 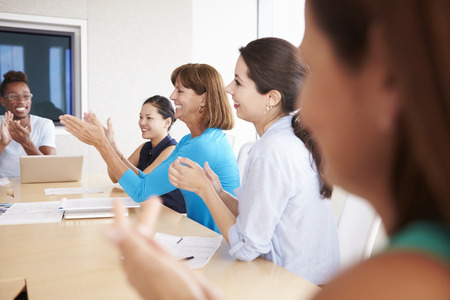 Bragging is rarely, if ever, a completely forgivable offense.  We are taught from an early age not to be too "full of ourselves" or else we risk being labeled a narcissist.

But if you don't brag about yourself, who will?  Well, plenty of people, if you truly have accomplished something and if you have friends and family members who appreciate you for who you are.

It's important to be valued and appreciated, and to receive some attention.  But how do you achieve this while maintaining modesty and decorum?

In the business world, it is important to have recognition for your achievements.  Without it, new opportunities rarely find you.

Authors and writers claim credit with a byline showing they actually produced a piece of work.  Sales people list goals reached and percentage increases on a resume.  If it can be measured, it can be claimed by someone.

However, when reporting on an achievement - in person or in writing - it's best to keep it general.

As the individual reporting on the project, you've claimed credit.  But by acknowledging you didn't do it alone, you've deflected any perception of bragging.

When someone compliments you on your accomplishment, it is fine to reply, "I'm very pleased, too.  Thank you."  You've once again taken credit, just in a modest way.  You acknowledged the compliment, and thanked the person for extending it to you.

There are two forms of indirect bragging.

The first is in business.  Usually when you are interviewing, but not always.  Regardless, you've let your resume do the bulk of the boasting.

You may also place this information online in a business networking site.  Rather than being a braggart, you are following the site's guidelines for building your profile.  People will see your profile, and may compliment you on it.  You swell with pride - on the inside - while thanking them and maintaining your modesty.

The second form of indirect bragging comes when someone asks you about an achievement.  More than a compliment, this situation allows you to deliver an anecdote on what you did, why you did it, and how you did it, if you choose to share this information.

Just remember, even an anecdote can lapse into a boastful monologue if you're not careful.  Share your story in a timely, succinct manner while, again, maintaining your modesty.

You've heard the expression "pat yourself on the back."  Well, self-complimenting is one form of this.

Look at yourself in the mirror with as much pride and admiration as you can muster.  Then tell yourself, "You worked really hard and achieved _______.  You did this!  Great job!"

Not only will this satisfy, on some level, your need for a compliment or recognition, but it helps you get some bragging out of your system and ensures diplomacy when interacting with others about your accomplishment.

The bottom line is, sometimes giving yourself a compliment just feels good.  It's nice to know that you appreciate yourself.

It's an established point that we shouldn't brag about ourselves, although we have a right to claim credit for an achievement or a job well done.

Well, no, it's not.  Claiming you don't intend to do something, and then doing it, never helps you gain trust and acceptance.  Sometimes, it even comes across in a more irritating manner.

If bragging about you is to be done, it’s better to let others do it.  And if no one does, it's best to remain quiet.  Your time in the spotlight will come around.  In the mean time, let people get to know you for being you.  After all, those will be your true friends.

Complimenting Coworkers Without Being a Suck-up

Using Small Talk to Find Something in Common