When to Remove Your Hat 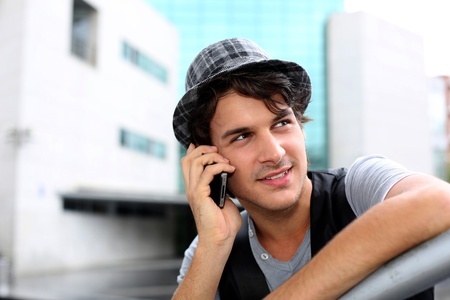 Do you know when you should remove your hat?  In today's casual environment, hats are not as common as they used to be.  Unless you live in a cold climate, your hat wardrobe probably consists mostly of baseball caps.

But if you do wear a hat, there are still etiquette rules concerning when to keep it on and when to take it off.  And, yes, the rules differ depending on your gender.

Gentlemen, Remove Your Hat When . . .

However, your hat may remain on your head when attending a sporting event, in a lobby or elevator, in an airport, or when using public transportation.

Well, hardly ever, as long as your hat is part of your outfit.  If you are at a wedding or at the theater, you might remove your hat as a courtesy if it is blocking someone's view.

Here in the United States, we don't see hats worn as a fashion statement nearly as often as in other countries (the United Kingdom comes to mind).  But historical tradition prevails, allowing women to wear hats anytime and anyplace they choose.

Exceptions to the Rules

Ah, those baseball caps again.  I only reference baseball caps because they are the norm when it comes to unisex casual head coverings.  So, if you are a woman wearing a casual cap that is not necessarily a "fashion hat" and a part of your outfit, you should remove it as directed above for gentlemen.

An exception for men is when you are attending a costume party or event.  If your hat or head covering is a part of your costume, you may leave it on indoors.

Once Your Hat Comes Off

What do you do with your hat after you remove it?  Unless you are at a venue that provides a coat and hat check service, this can present a dilemma.  And possibly the reason wearing hats isn't as popular as in the past.

In someone's home, the host offers to take coats and hats and puts them in a designated place.

If a gentleman has a hat and there is not a designated place to put it, he might place it in a vacant chair, balance it on his knee, or hold it.  However, in restaurants, please do not place your hat on the table.

Recently, at a local casual eatery, my husband and I were sitting at a middle-aisle table for two.  He placed his hat on the edge of his chair, which worked fine until a baby stroller bumped it onto the floor.  A kind person in an adjacent booth, who happened to be sitting beside his dining partner, offered the open seat of his booth for my husband's hat.  The inconvenient situation became fun because the person then struck up a conversation about the very cool hat!

Traditionally, the removal of a hat or head covering signaled that you wanted to make eye contact, identify yourself, and that you were trustworthy.

Today, the same may be true in some sense, but it ultimately comes down to respect.  When you remove your hat, you are showing respect for others, and for tradition.

Host a Party Everyone Enjoys