Correcting the Behaviors of Others 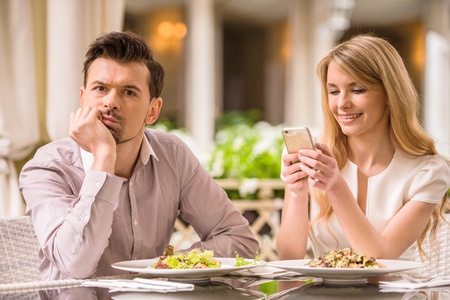 The idiom “Live and let live” is an expression summarizing the idea that we tolerate the opinions and behavior of others and that they will similarly tolerate our own.  Underlying the expression is a regard for the rule of law.

Civility doesn’t exist in the absence of “regard.”  Etiquette is about being “regard-ful,” paying attention to and being mindful of others.  This is also known as showing respect.

When you observe an absence of regard – when others demonstrate disrespectful, inappropriate, or careless behaviors – does this give you privilege to correct their behavior?

Minding Your Own Business

However, if you are a parent, manager, or employer, you have supervisory and educational roles to play.  A parent must correct his child from misbehaving in a restaurant, but the person sitting at the table next to him should not.

In business, there are company policies and procedures to follow.  If it happens that you fall out of line with these company rules, it is your supervisor’s responsibility to let you know.

But to volunteer to a co-worker that she’s made a slip?  If the company has a protocol in place you will know whether and how to report to a supervisor.  Without these guidelines, it might be polite to say, “Mary, would you be interested if I noticed that you’re not following procedure on . . . ?”

Or she may respond with, "I know this isn't according to procedure, but it's the method that is most efficient for me."  In this case, the correction falls to Mary's supervisor.  It is not your responsibility.

It’s important to be clear on the boundaries for correcting behaviors.  Your very intelligent boss may have developed certain bad habits with his grammar, and if you have an understanding that he would like to be reminded in private when he’s made an error, then fine.

But generally, no.   Etiquette errs on the side of no.

Would this same relationship allow you to tell your coworker that he has a bad habit of interrupting you?  That’s situational. It would depend on where he interrupted you.  Or contextual, the circumstances under which the interruption occurred.

Pointing out a person’s social mistake as an accusation is not in order.

When you are in public and observe someone clearly out of line, should you tell that person then and there?  It depends on your relationship and the situation.  If you are in a restaurant with a loved one who is talking on his phone, you might quietly signal or ask him to end his call if the conversation is too loud or lengthy.

But if it's a stranger sitting at a table next to you talking loudly on his phone, I suggest moving to another table or shifting your focus elsewhere if you can.  An attempt to correct this behavior outright could lead to a confrontation.

The more public you are and the greater the relational distance is between you and someone else, the less inclined you should be to interfere or suggest a change in behavior.  For instance, if you are at a concert and someone is throwing food, you should not interfere, but should seek out a person whose job it is to handle the disruption.

When Correcting Behaviors is Necessary

Even though etiquette usually calls for us to avoid correcting behaviors, there are situations that warrant it.  Especially when someone is in danger of being hurt.

If you decide to correct someone, or feel the situation requires your involvement, remember to:

The majority of times when you feel the need to correct behaviors are great opportunities to practice self-control.  It's always better to mind your own manners rather than someone else's.

Do You Know When to Mind Your Own Business?