The Importance of Napkins 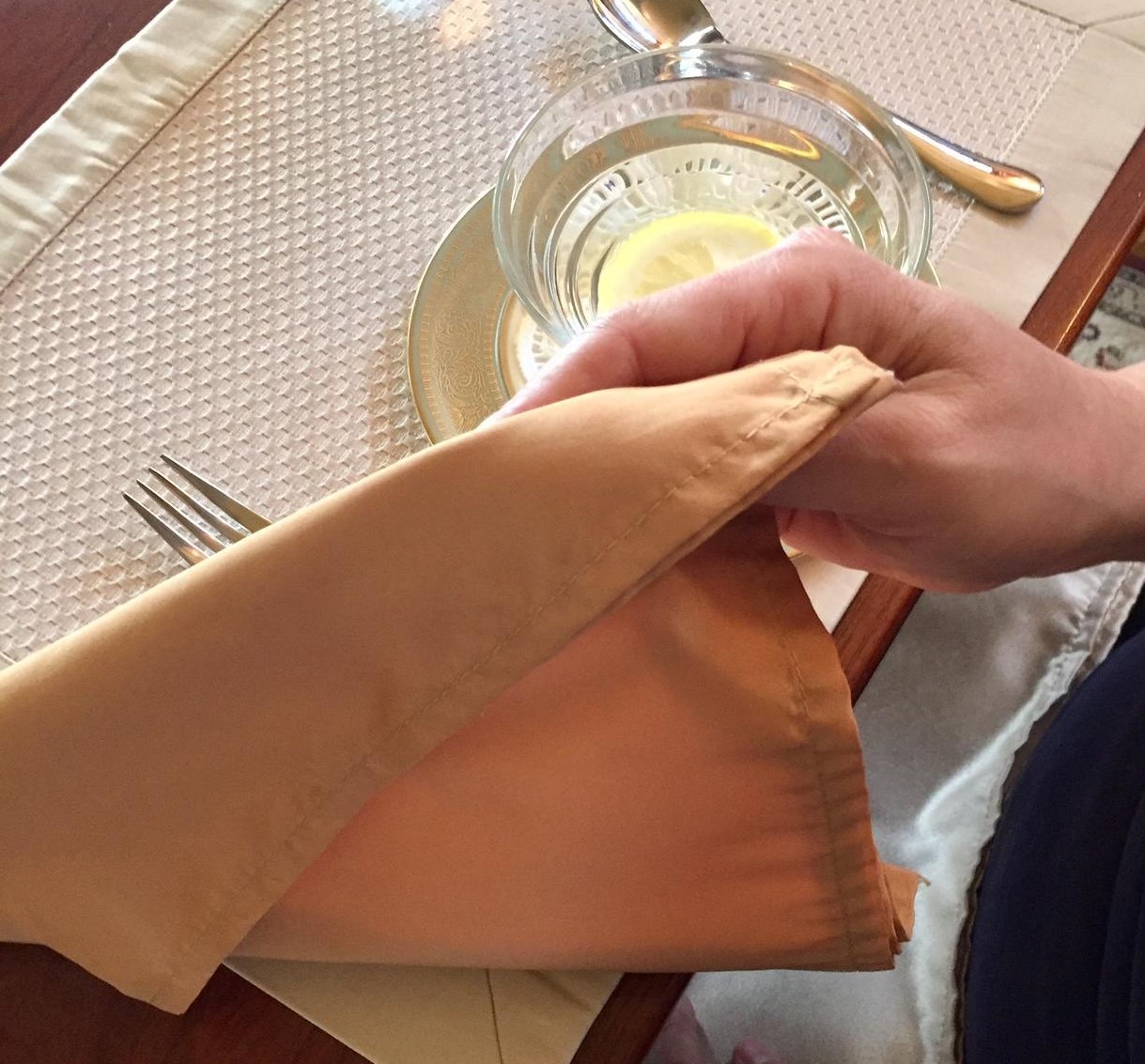 Whether at a picnic or a formal dinner, one of the first things we look for or pick up is a napkin.  Because napkins are the most important tool a diner has.  They prevent and clean drops and spills, catch crumbs, and are even used as signaling tools by hosts.

It could be said that napkins are the hardest working tool at the table!

According to one of my favorite resources, Etiquipedia, ancient Romans used small and large pieces of fabric during meals and gatherings.  The small, pocket-size piece - in a handkerchief style - was used to blot the brow.  The "mappa" was a much larger cloth spread over the edge of the seating area as protection from food taken in a reclining position.  This same piece of fabric was also used to wipe one's mouth.

Guests at a gathering would bring their own cloth, in which they could load leftover food to carry home - the first known "doggie bags."  But with the fall of the Roman empire, this ancient version of napkins disappeared.

Fortunately, history repeated itself with large "napkins" appearing on the scene in the 17th century to once again help keep dining areas tidy while eating with bare hands.  The size of the napkins reduced when forks and spoons were accepted as part of the dining experience in the 18th century.

Gradually, napkin etiquette came into being as the use of table utensils became a normal dining practice.

Modern tables may use cloth or paper napkins, but the napkin is always a regular attendee during cocktails and mealtimes.  You'll find them in a variety of sizes, but typically a ten-inch square for a cocktail napkin and eighteen-inch square for a dinner napkin.  Modern diners do not always eat with our hands, and we sit in chairs at a table rather than lounge or recline to eat, therefore, we use our napkins a little differently than diners in previous centuries.

Dining etiquette also has a hand in how we use our napkins.  It is not typical, nor is it suggested, that we wipe our brow with our napkin, and doggie bags have evolved greatly from the methods used in ancient Rome.  Napkin etiquette guidelines for today's tables include:

At a cocktail party, networking event, or during cocktails before a meal, place the cocktail napkin in your left hand between the middle and ring finger as you hold your glass.  Or, if you have a small plate, place a corner of the napkin under the plate as you hold it.  This helps you keep your fingers dry and clean for shaking hands and greeting people.  And many moments of confidence have been restored with a dab on the lips before taking a sip of beverage!

Napkins also signal when a hosted meal begins and ends.  Guests at a table know that when the host places her napkin in her lap, the meal has begun.  By the same token, when the host removes the napkin from her lap and places to the left of her place setting, the meal is concluded.

With its many uses - as a crumb catcher, clothes saver, mouth dabber, and signaling device - the napkin counts as an essential tool whenever food or drinks are served.  They even play a role in making a table setting more attractive, with folding methods as shown by Napkin Wizard, Jimmy Ng.

Have some fun practicing napkin etiquette by setting your table with cloth napkins, playing host at a meal, and maybe playing a quiz game to see who at the table can list the etiquette guidelines for using napkins.

How to Avoid Dining Faux Pas