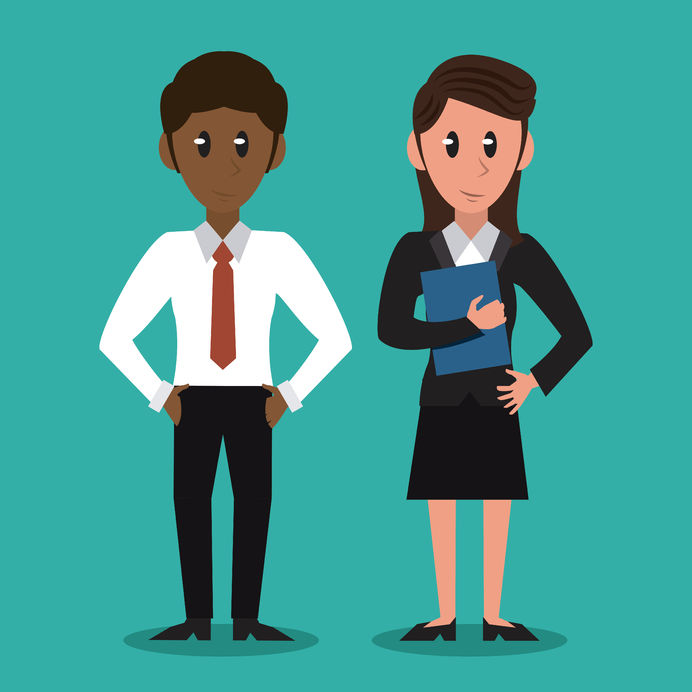 Men and women are different – there's no denying this - though hearsay differences, as well as similarities, should also be acknowledged.

Etiquette and protocol practices have historically centered on the differences, both real and assumed, in the two genders.  But as attitudes and social norms evolve, so does etiquette.

And yet, men and women are still different.  Which brings us to the question of what men and women have to deal with that applies to each gender.

What We Have in Common

Social norms have evolved quite a bit from the protocols that situated women as the weaker sex.  It is now commonplace for a woman to extend her hand in a welcoming handshake with another person, rather than demurely offering her cupped hand, palm down, when a man offers to shake hands with her.

And conservative dress, while appropriate in any situation, no longer means women wear only dresses and skirts.  Even in the U.S. Senate women have been allowed to wear pants since the early 1990s (although – wow! - it took that long?).

Men are no longer the only gender expected to give up a seat for someone, hold a door for others to pass through, or help carry cumbersome items if able.  This applies to anyone.

Equal rights never have to be justified, especially when they are in the realm of behaving kindly and with civility.

Though the rules for introductions are also evolving, social introductions still give deference to women for the most part.  A woman’s name is stated first when being introduced to a man.  (The gentleman is always presented to the lady.)  The exception to this rule is when that man is the President of the U.S., a head of another county, a member of a royal family, or a church dignitary.

Women have a more complicated dress code, while men know what they should wear in business situations.  Female employees face greater scrutiny about what they wear than men do.

At the dinner table, women have an extra challenge if they wear lipstick.  Rather than leaving unsightly and sometimes difficult to remove blotches on cloth napkins and glasses, blot your lipstick on a tissue in the ladies' room before being seated at the table.  And what about that handbag!  It should never by hung from the chair, possibly obstructing wait staff and other passerby.

When attending any event, men and women should dress appropriate to the situation.  For women attending a dress-up outdoor event, this includes wearing a wedge heel rather than a pump.  While your dressy heels may look sexy and cute, you won't be feeling that way as you sink into the ground!

Men are often expected to wear a tie, which brings the challenge of keeping it out of their food without appearing silly.  When a man isn't slouching and takes bites of his food at a reasonable pace, it's much easier to control drips and spills.

When you're out to have a quick lunch with coworkers at a casual restaurant, if you order finger food like tacos, hot dogs, or burgers, try sitting a little closer to the table and take small bites.  It may even be best to use utensils instead of your fingers.

When a man wears a suit or jacket, the top one or two buttons of the jacket should be buttoned while he is standing, but the bottom button should never be buttoned.  When sitting, he may unbutton.

While these guidelines may seem stringent, they actually acknowledge the professional environment in which a man would wear a tie or suit.

The Gist of Gender-related Etiquette

No matter your gender, choices of attire aren't frivolous, as impressions and judgments are made all the time, particularly in professional environments.

When it comes to behavior, etiquette has, fortunately, evolved to the degree that civil behavior applies to everyone.  Of course, there are the nuances of old-fashioned gentlemanly gestures that women appreciate.  Being brought up to be a gentleman is still one of the coolest things that can happen to a man!

But since etiquette, at its core, is the act of showing respect for fellow humans, we can relax the specific rules and let this basic rule be our guide in all actions and interactions, gentleman or lady.

How to Introduce Yourself and Others